The most unique construction feature is the enormous atrium in the center of the space. To accomplish this, DCC had to shore and cut the opening, complete 30’ walls around the perimeter, and build massive scaffolding to finish the walls. Afterward, the scaffolding was brought down to install the staircase and the rest of the finishes.  The coordination required DCC to sequence in no less than 15 subcontractors.

” ‘Trying to get a building built during coronavirus, it’s really heroic and hard and stressful,” said Marino, who started the project at the beginning of COVID-19. “These times are not fun to build it.” Even if it wasn’t completely done — which fortunately it is — “you can’t miss this incredible December season,” he said.
Marino said the way he hoped to wow people in the Design District was the “old architect’s trick.”‘

“Give them a really tall ceiling, and they’ll all lie down. And that’s what I did. It’s an extraordinary tall volume with the staircase that makes it stand out,” he [Peter Marino] said. He noted that the windows on the facade are like paintings.

The building’s white stucco facade balances out the bright sunlight along the main pedestrian plaza. Several large, irregularly placed, clear glass windows press inward at an angle to accentuate the mass and depth of the building. The entry has a beveled black steel frame that draws clients into the store. “

Visit WWD for the full article. 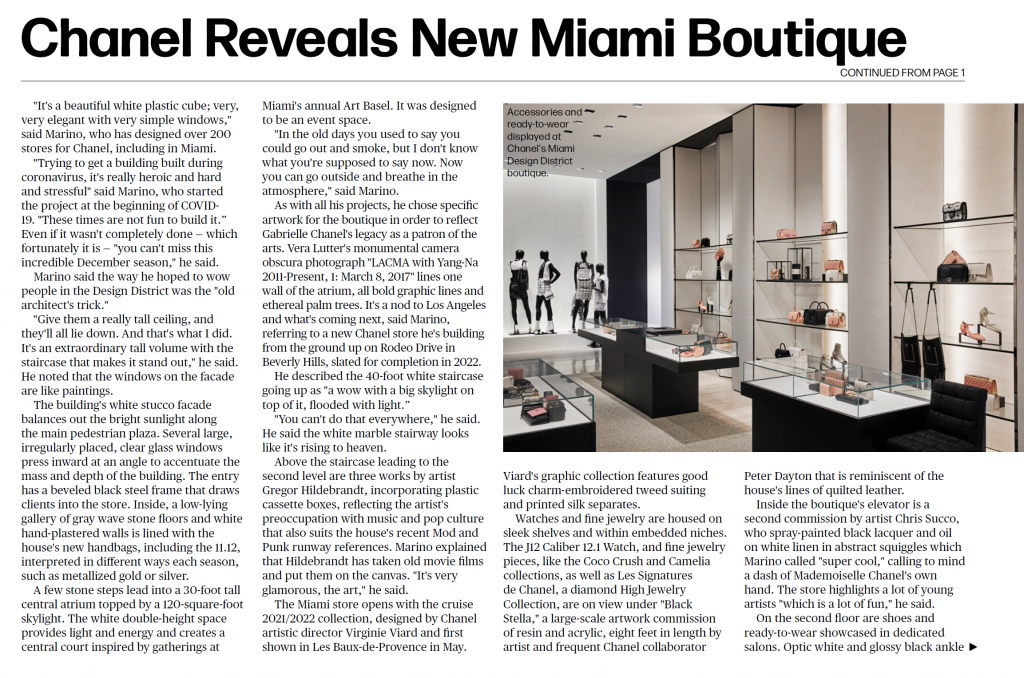 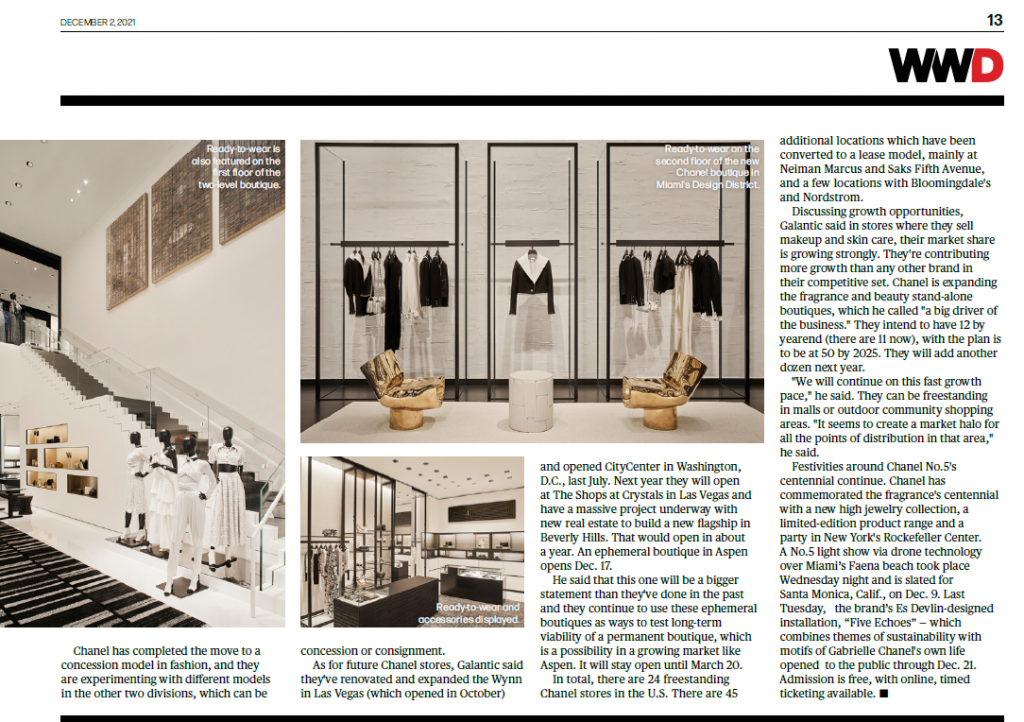 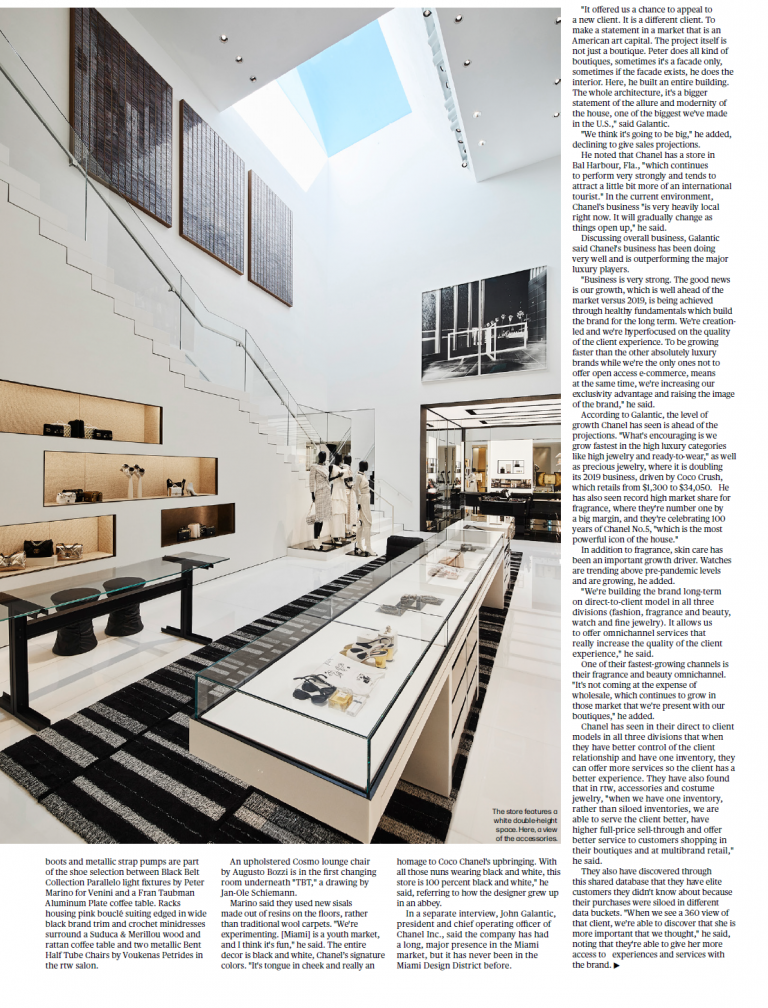 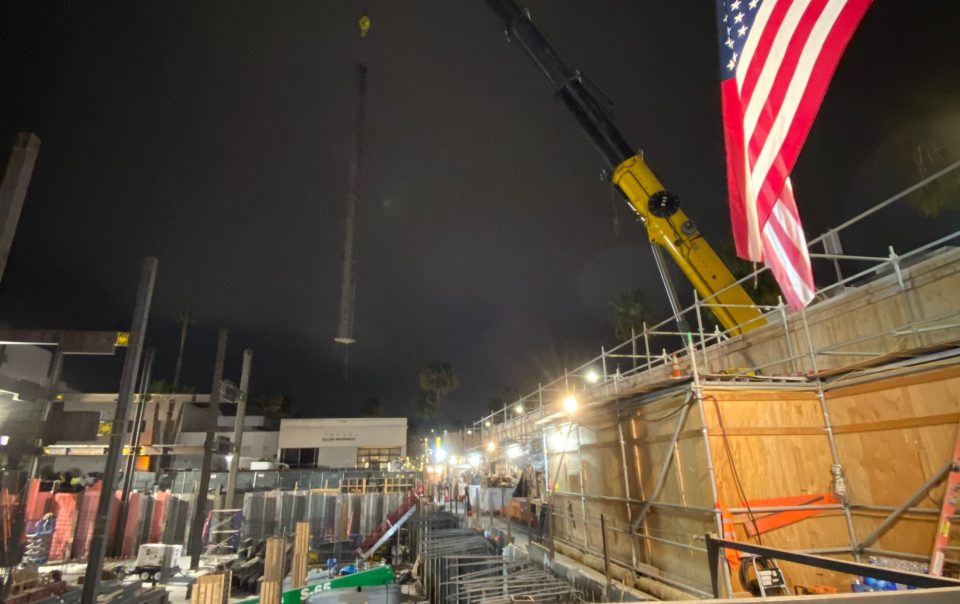 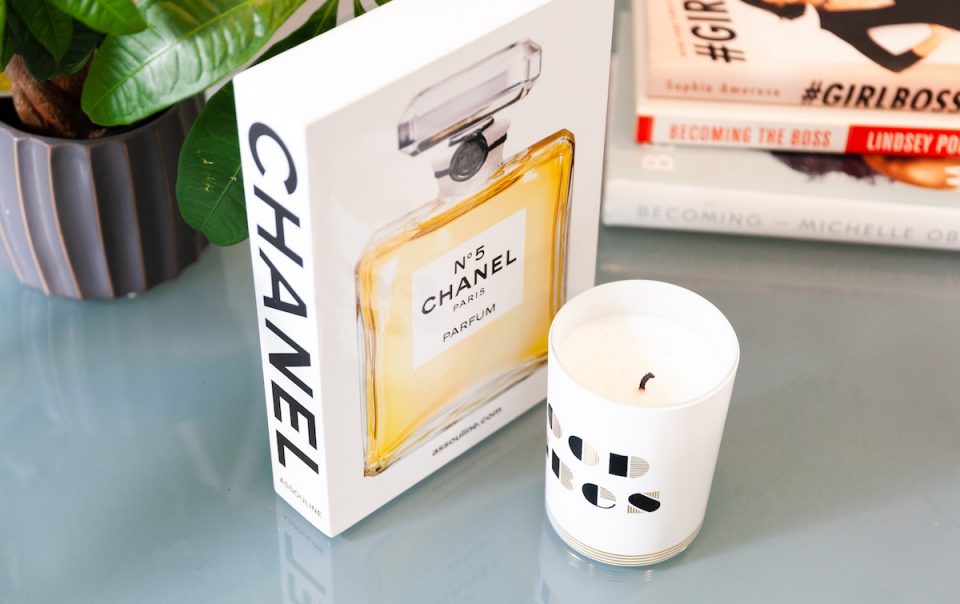 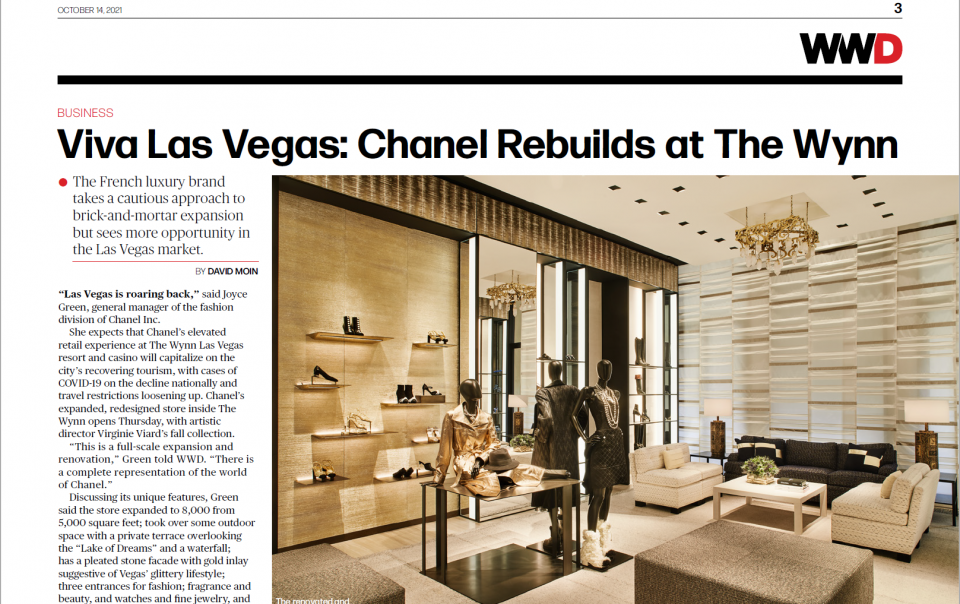 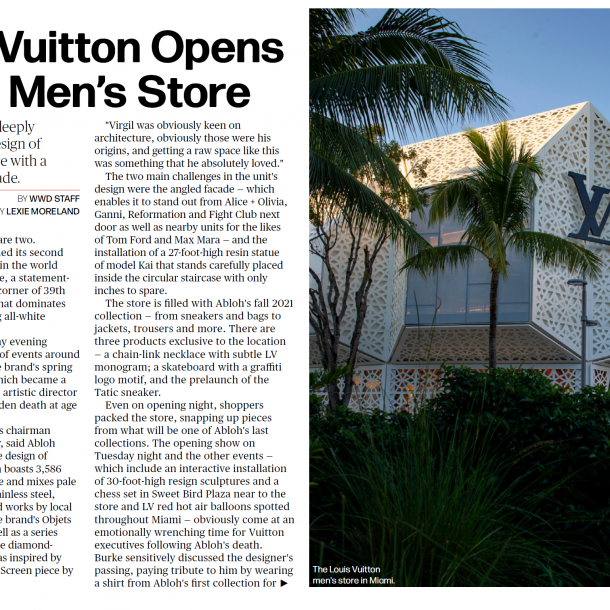 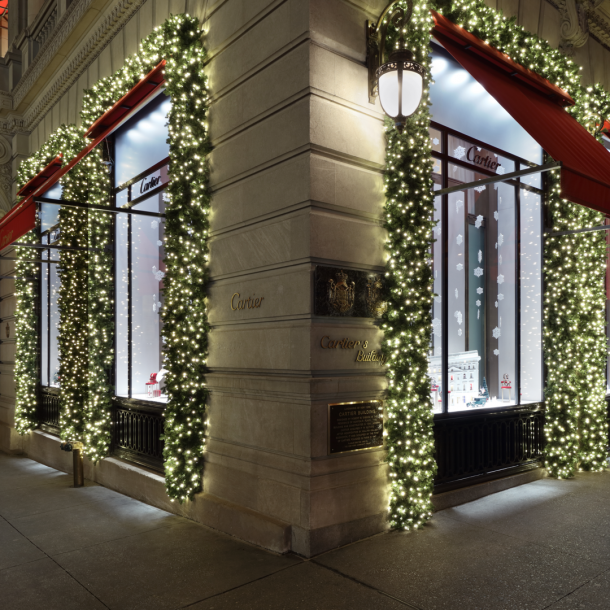