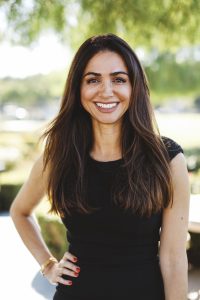 Maryam Samady’s story not only spans the globe, but covers many years learning not only the construction industry, but effective ways to make change and create a lasting corporate culture.

Maryam was only in second  grade when her family arrived in San Diego after fleeing Kabul, Afghanistan in the early 80s. With her siblings at her side, she credits the challenging move to a new country with giving her ‘grit’ and the strength to stand her ground ‘amongst the guys.’ After receiving her Bachelor of Science in Finance from San Diego State University, she quickly began her career in Accounting for several local tech firms. Eventually she would move on to join Islands Restaurants and go back to school for her MBA. It was at Islands where she met and worked alongside Chris Nightingale, Project Executive at Dickinson Cameron Construction, who would eventually introduce Maryam to her first opportunity at DCC (after he accepted a job there too, of course). And the rest, as they say, is history…

M: After graduating with a degree in Finance from SDSU I immediately began a career in the tech sector and stepped into accounting. Then I started with Islands Restaurant at the corporate office as the Accounting Manager. For about 4 years I really grew my expertise in both accounting and managing staff, but I knew I was ready to accomplish more and went back to school to receive my general MBA. The environment was wonderful and very professional with lots of brilliant and tenured experts.

I was ready for that next level challenge. At the time, Chris had been Director of Construction at Islands and had just begun his career with DCC. He called to ask if I would be interested in a Controller position at the company. I then met with Frank, DCC’s CEO. I will always remember that he was wearing flip flops and all I could think was that he was building amazing stores for Chanel and Cartier but so down to earth and relaxed, even when overseeing a booming business.

After waiting nearly four weeks to hear back from Frank, I will always remember when he finally called me back, and my initial reaction was, “Why’d it take so long?”!

When I arrived, everything was done very old school and without systems, with four project managers and Frank running around trying to manage the company. I was shocked and unsure if I had made the right decision. But in my gut, I knew DCC was such a gem; this was my opportunity to take this company to new levels and I immediately set out a plan. We created Accounting and Human Resources Departments, developed Marketing strategies and plans, and introduced new software and process to a newly created IT and Risk Management Department. 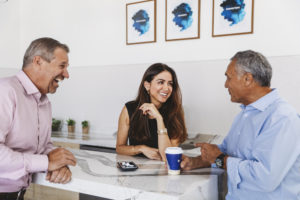 K: So, you had to start from scratch with a lot of stuff, did you get any push back or get discouraged at any moment?

M: There was a lot of pushback. Twelve years ago I was a 29-year-old woman coming into construction telling everyone (mostly men) what they needed to do and that their ways no longer worked. My new policies and standards immediately put a system of checks and balances into place across the board in areas like hiring, payroll, accounts payable, legal, and purchasing. During this time, many tenured staff began to leave, and it was Franks moment to decide if he was going to take his company the way I was setting up and become a much more corporate environment, or leave things as they were and not hit the desired growth.

K: Did taking the company in this new direction come naturally to you? Or did you feel like you had to learn some of the personal skills along the way?

M: Starting from scratch felt so comfortable because I believed in Frank so much. My loyalty gave me the confidence to say “no, this is what we need to do” instead of “this is maybe what we could do.”  Not only did I believe in him but also his product and everything he was about and I knew he was making big things happen. As he was constantly out of the office traveling for work, I instantly felt it was my responsibility to firmly hold onto what he believed in. Whatever his vision and goals were immediately became mine and I naturally took on the role to be the person executing them into reality. To me, Frank took a risk bringing me onto the team and backing my moves so I felt it was my honor to do the same for him. With all of this natural ambition it was still pertinent for me to hold my ground and realize that the people who truly believed as much as I did would stick around to stay a part of this company, and they did. The people who were open-minded during those trying times are still here today.

K: A decade ago, did you ever imagine yourself working for a construction company?

M: I always thought I would be in a bigger company running a division. But the fact that I ended up here really opened my eyes. I always thought “construction, what’s the big deal?” Now that I’m here and see all of the incredibly brilliant people in construction, I know that I am part of something great.

K: What was your perception of construction prior and how has it changed.

M: I didn’t realize in the beginning how many sharp people are part of this industry. The amount of dedication, passion and love that these people have for the company and how they channel that into doing great work for their clients is what really won me over.

K: You were the only woman in a management position, how was that?

M: This was the biggest part of the challenge. I had to create my own style and this came through many mistakes and successes. I was too firm at times, likely because I was trying to fight my way through these guys and it was probably my biggest mistake. I am a nurturing person due to being a mom, sister, and only daughter but growing up I naturally became a tough person in order not to be run over. I think if I were a little more flexible it would have shown more of my natural disposition, but instead I was too firm.

So, it was tough but there were also great people surrounding me. One of my first objectives was to hire a lot of women as I knew I couldn’t be the only woman at this company. I began to say for every man I hire, I will hire a woman and we are now at the point that I think the office is actually mostly women. I wanted others to have the same opportunity I had –  if there was a woman interested in construction I wanted to help push her to the top!

K: What advice would you give to someone considering a career in construction? **Specifically a woman??

M: I would say that it’s really challenging and not what you think. It is a great field for intelligent and analytical women to be a part of. If you love a quick pace and multifaceted role the opportunities are seemingly endless. Our industry is year-round and you’re always at a different stage from bidding to closing work and balancing multiple projects in between.

K: How did your childhood, and specifically coming from another country, influence your approach to business?

M: My background has shaped me to everyday realize how lucky I am to have the opportunity and urge to give back as part of social responsibility. Each year Frank and I choose a way to help out within the community. For example, this past year we wanted something that would permeate within the organization so we set up teams.  One raised enough money for a dinner at the Salvation Army that will feed 300 people, another is raising money for Foster Care children, our environmental task force team set up a beach cleanup, and we even have a team building facilities for a therapeutic riding center that helps children with special needs.

Our giving is ongoing, and I feel strongly that having a woman running the company makes this possible. It can’t always be about making money, but about enriching the lives within our communities while we can. I am so proud of the direction we are going, always giving more to do more. We are going through modifications in our facilities to encourage more environmental consciousness and are in the works of going paperless. I feel strongly that improving the lives of our community, environment, and employees is crucial to DCC’s continued success.

We do incredible work for our clients and it is so rewarding to be such a central piece of this organization. It really is about the acts we can do for others, not just what we can do for the bottom line. 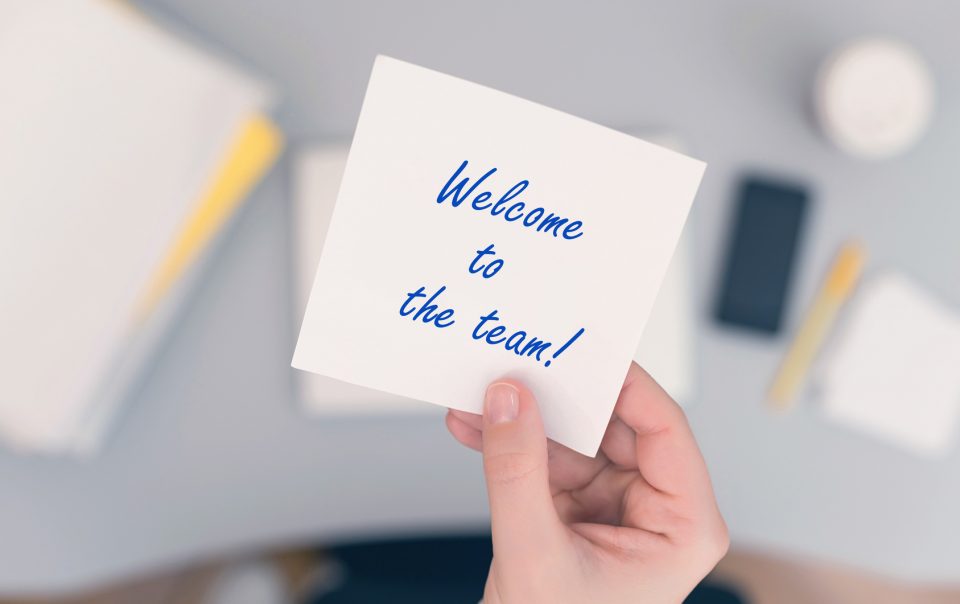 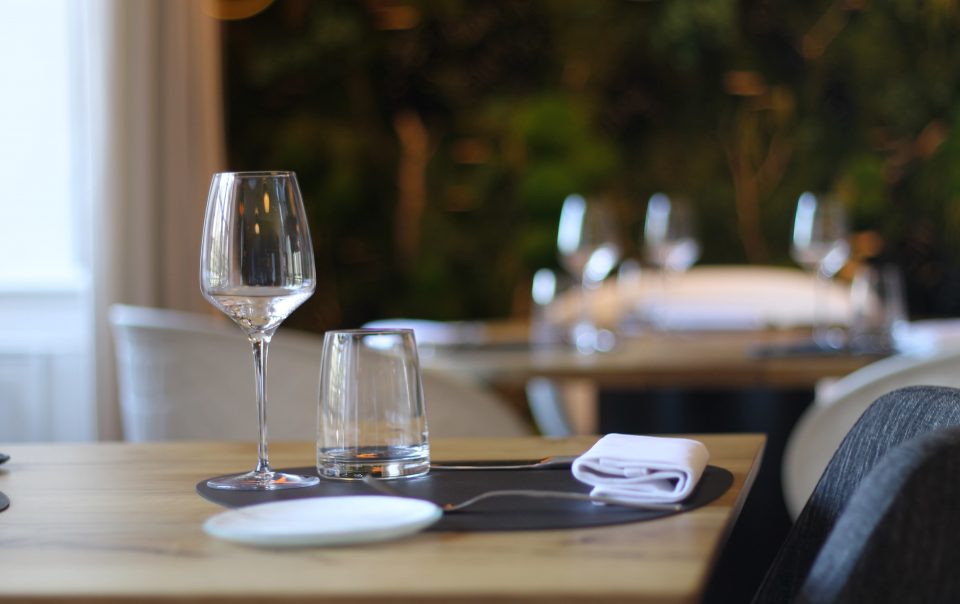 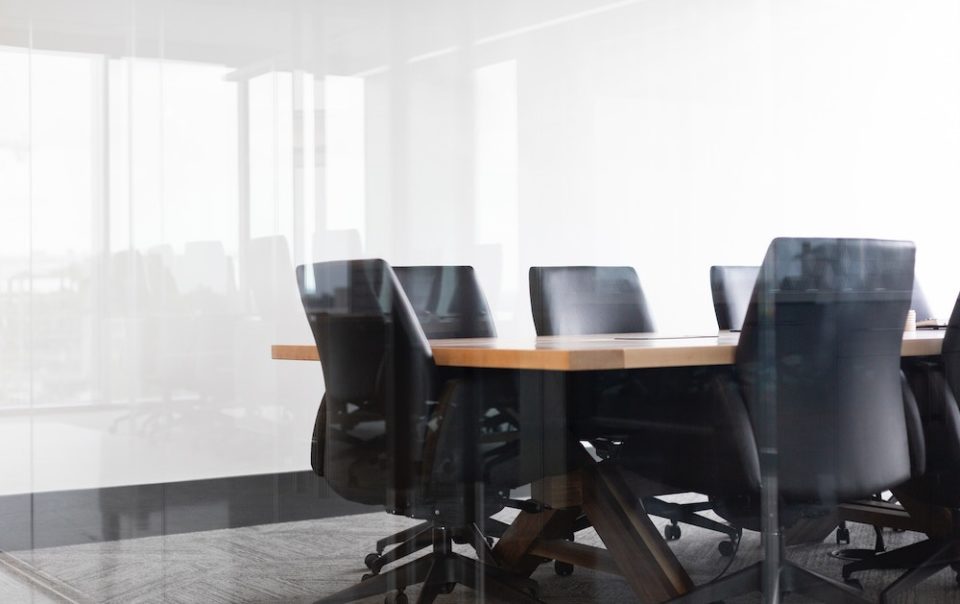 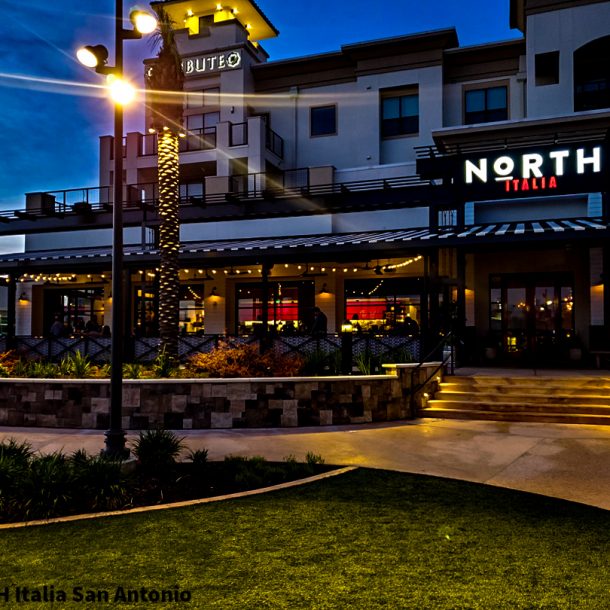 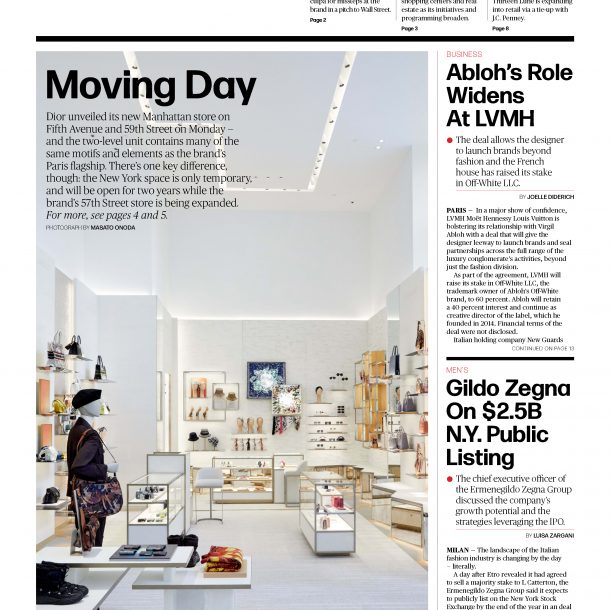 DIOR 5th Avenue as seen in WWD Magazine
Next Article