Balenciaga opened its new Flagship location in Paradise Plaza / Miami Design District. Previously, the fashion label had separate locations for its Men’s and Women’s collections. Now the new 8,000 SF 2-storey space will house both collections and is Balenciaga’s largest boutique in the US to date. It is also the first US store to utilize the “raw architecture” design concept. As general contractor, Dickinson Cameron completed the build-out of the interiors as well as selective core work. The build-out included a new staircase, storefront, elevator, and dumbwaiters.

Most unique or challenging construction feature: Project Manager, Angel Cuautle Toxqui, explained how the stair core was probably the most challenging construction feature. “The permitting timeframe created a very tight schedule and as a result, we had to come up with a plan that would allow us to sequence steel, concrete, carpentry, millwork, railing, tile, scaffolding, artists, and specialty fixture contractors to work this area all at once.”

Debut Design Concept – What’s it like constructing the de-constructed? A combination of intentional manifestation and creative leeway. The brand has shot to the forefront perfecting the defaced and the style of this store advances the industrial and distressed theme. The lustrous black floor seeping into the carpet areas, for instance, was to look like an oil spill. DCC conducted several kinds of mock ups to get the resin, and the transition just right.

The wall panels were manufactured using uniformly colored, textured concrete by millworkers in Italy. Each panel was given a unique look by Balenciaga’s vendors, who were tasked with adding tints, shadows, stains, and chips onsite after installation.

DCC looked into several tile choices to cover the walls of the staircase and achieve the client’s desired look of accumulated dirt and grime. Ultimately, simple 6×6 matte white tiles were considered the best choice to receive the onsite “grime” treatment by the client’s vendor. While some design changes were made on the fly, such as the exposed tile mastic close to the recessed rails.

DCC’S TEAM – This is Angel’s second Miami Design District he has completed and currently works out of our New York City office. At DCC, Angel has excelled in various roles before his promotion to PM in 2021. As PM, he has worked for clients such as Celine, Apple, and Ralph Lauren in various luxury retail locations in Hawaii, California, and Miami. Critical to project success also involved field supervisors who were able to provide clear communication channels with Miami’s subcontractor base. 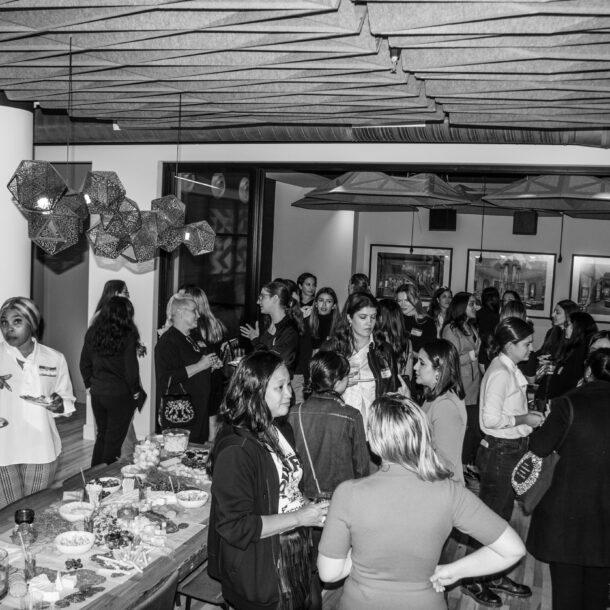 This Thanksgiving, we are reminded of just how gra

New Blog all about #Balenciaga #MiamiDesignDistric